Dr. Koo’s Medical
Medical student Ki-Joon Jang is currently on a break from university for taking care of his comatose grandmother. One late night, Ki-Joon unexpectedly found ‘Dr. Koo’s medical’ when chasing a person so much alike with his grandma. The hospital opens only from the late night to early dawn to cure and help wounded souls’ true ‘goodbye’ to the world-of-living. Ki-Joon starts working at the hospital thinking that he could see his grandma’s soul again. Finally he meets his grandma while he got used to working, and he doesn’t want to let her leave. He makes a big argue with Dr. Koo for grandma. Meanwhile, Soo-Youl Kim, one of Dr. Koo’s friends comes to the hospital, and the secrets of Dr. Koo’s medical center are getting to reveal one by one…

Author, Jung-Min Kim / Songwriter, Chan-Kyoung Sung
[Dr. Koo’s Medical] is a story about the people who should leave and who should be left. We experience several times to be left since we are born, I would like to say ‘Bye’ is not an afraid, lonely or eternal sorrow of farewell. I hope this work would be comfort to all of us who will be left after this work is over. 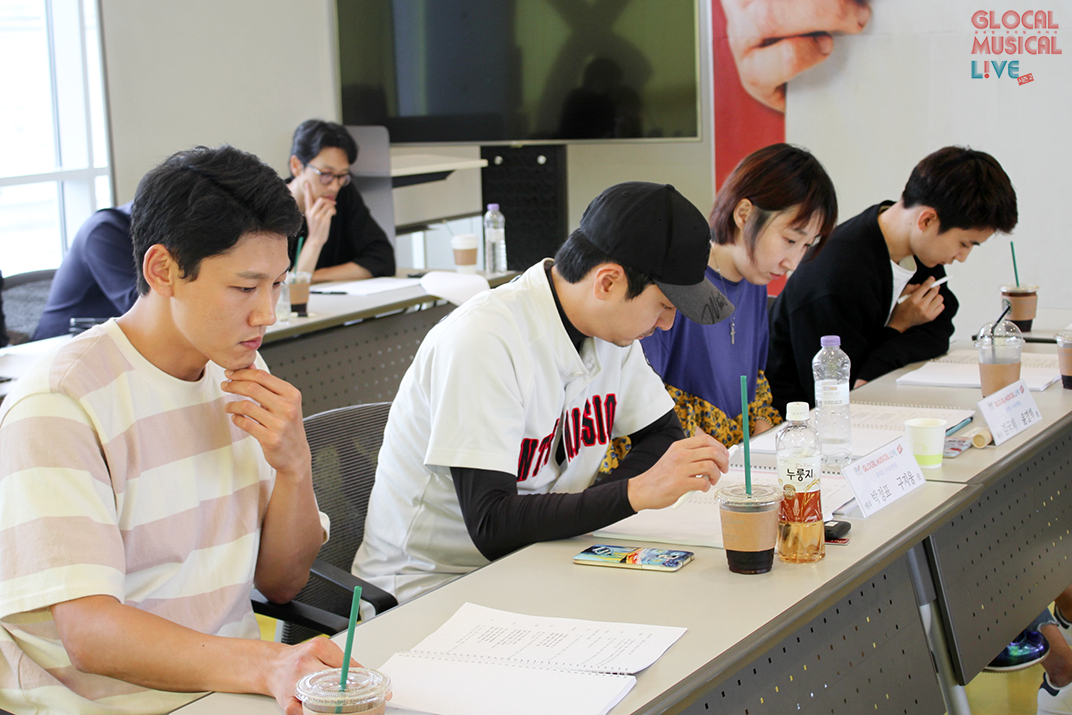 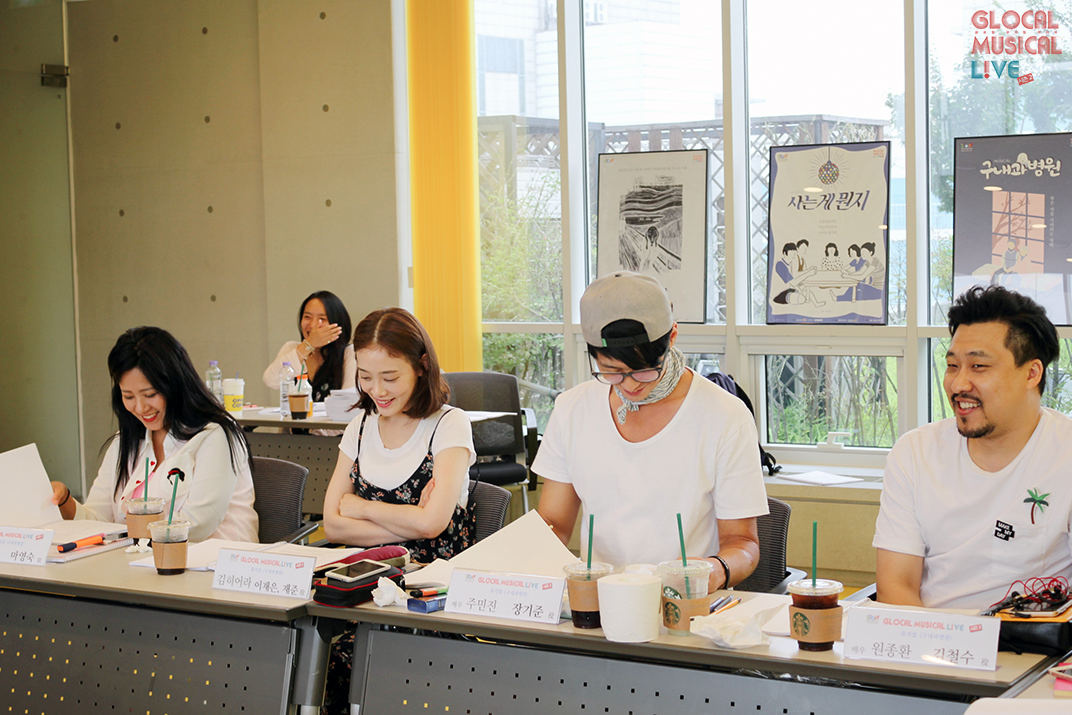 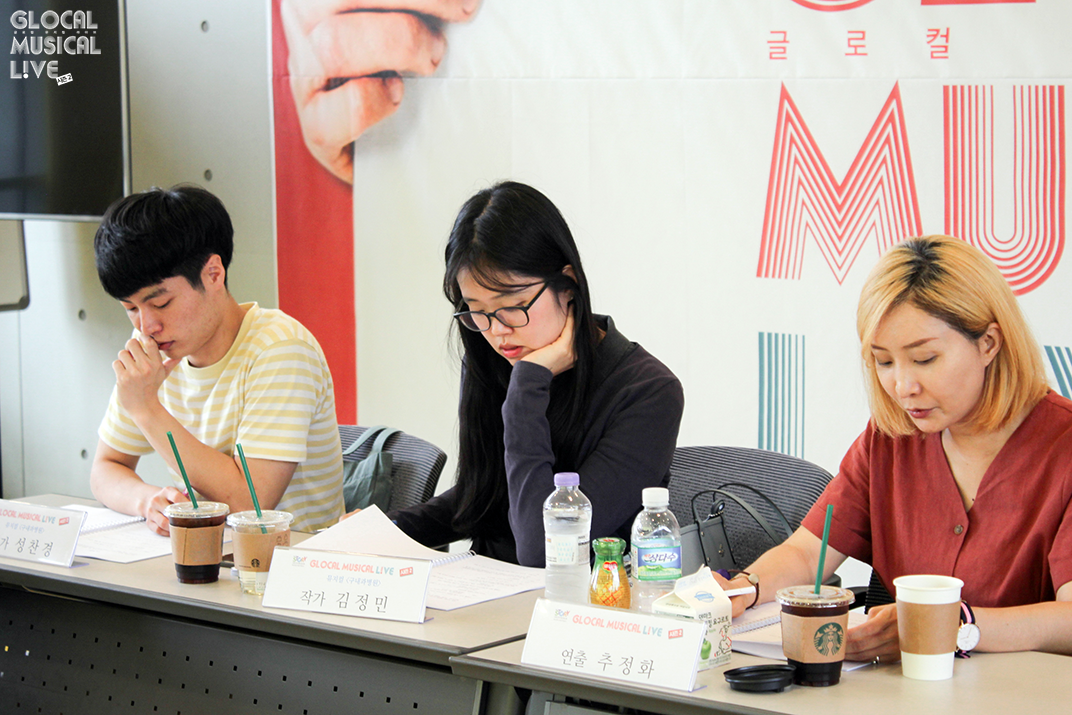 The table reading for the musical 'Dr. Koo’s medical' which was one of the selected works of [Glocal Musical LIVE] Season 2 was proceeded on August 14. Director Jung-Hwa Choo, Jung-Pyo Park, Min-Jin Joo, Ok-Boon Koo, Kook-Hee Kim, Jong-Hwan Won, Heara Kim, Seung-Ri Yang and Hyoun-Jin Kim participated on this table reading on the 10th CACAO zone in Contents Korea Lab with creative staffs of 'Dr. Koo’s Clinic' as well as an observer of [Glocal Musical LIVE] Season 2.

'Dr. Koo’s Clinic'  is the hospital where the wounded ghosts cure their broken hearts and ‘leave’ the world peacefully. The active and heart-touching medical doctor Ji-Woong Koo has his own story of ghosts how they are cured and why he became a doctor to cure the ghosts. Jung-Min Kim, the author of this work wrote this musical with her ‘imaginary hospital to cure the ghosts at night’ right after she saw a hospital which wasn’t opened on day time. She said, “I wanted to tell a story of people who left and who left behind. I hope this could make audiences think about death and farewell once again.” Chan-Kyoung Sung, the song writer said, “The message made me emphasize and join this work. I tried to make music to embrace this drama.”

'Dr. Koo’s Clinic'  had its strong point of view that it was pretty much unique and characteristic with passing its subject ‘death’ to general audiences to emphasize. However, the philosophy inside of this work was somewhat unclear and lack of explanation about each character was not satisfied. Also the lyrics were too much to think as a song, and each dialogue was repeated to lyrics again so that the flow of musical was exposed to be boring. Similar opinions were discussed after the table reading time.

Director Choo liked the “type to tell the serious story with wits and humors” and “message about the love of family and friends inside the work”. Wang Haixiao, CEO of Nanjing and culture diffusion Limited also told his opinion, “Setting of this musical is so interesting.” Meanwhile, Byoung-Won Kang, CEO of LIVE pointed out, “The story is a little artificial after the structure of fantasy drama has been broken,” and he said, “It is necessary for Dr.Koo’s medical to have its own philosophy between the life and eternity.” Actors who read the scenario exchanged their opinions that the work itself was so interesting, however they hoped to have much clearer explanation about the relationship among the characters and philosophy setups.

Also there was an opinion that too many stories were played at the same time. Byoung-Sung Park, director of [The Musical] pointed out that each story was so interesting but there are “too many stories to concentrate on”, and “the power of work is getting weaker because each story was scattered.” He asked additionally to focus on the “main story to embrace entire philosophy on this work”.

Opinions about the problem that there were too many lyrics and rap which was put in the music were shown up. Chan-Hong Min, the song writer said, “It is time for us to consider the style and concept of the music”, and added, “Sometimes music should have its own power to express style of the musical.” He also suggested, “It is hard to make impressive melody if lyrics get lengthened. So the lyrics should have margin for maximizing its power of music.” Some actors who had experiences of singing NUMBER which was RAP music stated their opinions that it was a little awkward for them to sing rap music on the musical stage, so it should be considered carefully.

Table reading for 'Dr. Koo’s Clinic'  was finished with reputations of its creators. Author (Jung-Min Kim) and song writer (Chan-Kyoung Sung) said that it was a meaningful and interesting time for them. Kim said, “The work will be shown up after improved.” And the song writer Sung said, “I will try to be much better song writer after considering more about the music.”