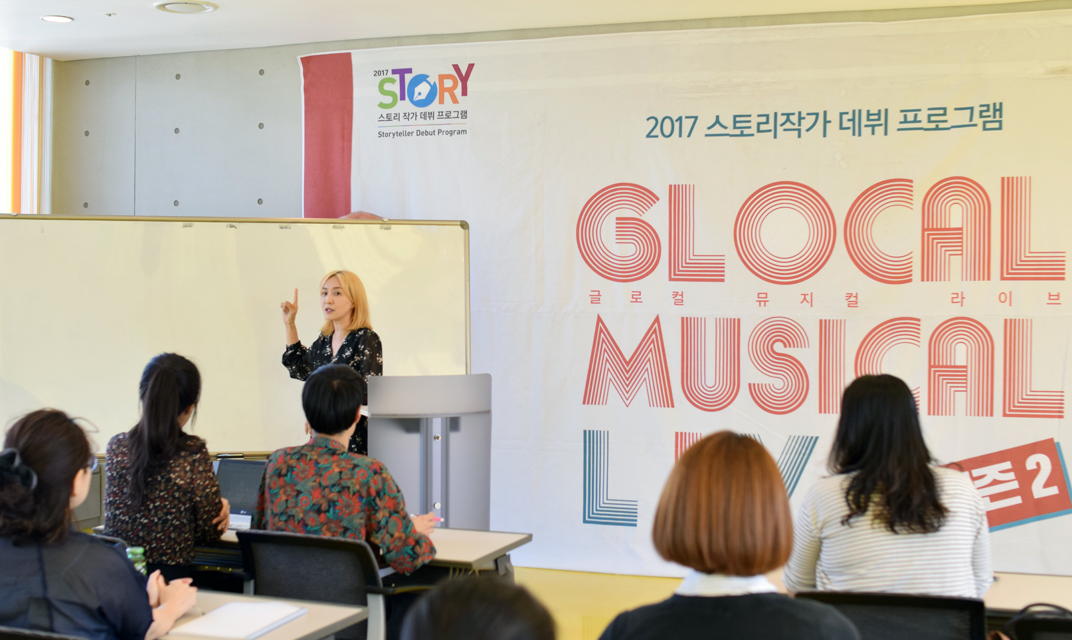 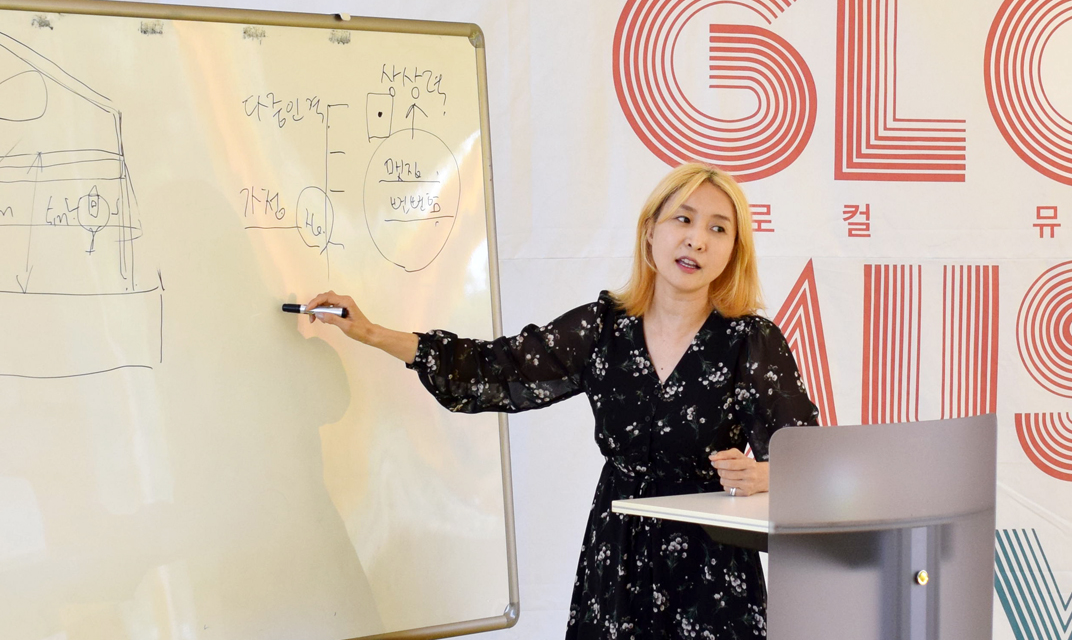 The 1st Creative Lecture – Attitude of the Creators

Importance of Hard-Trained and Compressed Imagination
Director Choo led her lecture by connecting her experience of the musical 'Interview' and the subject of this lecture. The first thing that she emphasized was that writers need to train hard. She said, “When a work fails, it’s always on the responsibility of writer’s scenario even if people beat around the bush.” So she emphasized that creators especially writers should be used to critics.

She was also one of the creators who has got criticized so many times before. Her first work 'Superman with the moon' was criticized and suspected to manipulate another musical 'Wash' just because the background of the musical was in slum. Another musical 'Interview' was also suspected that the scenario was similar to a famous drama 'Kill me Heal me'. But 'Interview' was already written way before 'Kill me Heal me' was run on the TV, and the story of 'Superman with the moon' is totally different from 'Wash', so those critical issues did not make any sense. Director Choo got so depressed about this matter, however she moved on by training herself hard for getting used to those critics.

Choo also said, “Even Aristotle said there are no such new stories in the world.” She explained that so many existing works borrowed almost all other stories. So originality is not a difference of materials, but just a tiny little difference among the familiar things. That was as same as director Choo’s 'Interview' that she didn’t focused on the multiple-personality itself but on the process of being a person who got multiple personality to connect domestic violence. She said, “Even if stories and materials are same, each work could be totally different by the way of translation. Creators need to have flexible thinking instead of compulsion about the originality.”

She didn’t forget to mention about imagination which writers should have. Choo explained, “To compress your imagination is much more important than the imagination itself because you will meet the time to face for negotiation about many other real problems such as financial issues.” She also said, “Writers shouldn’t even forget that their imaginations are going to be embodied inside the limited space.” The limited space is also one of the check points for creators to consider as well.

According to the local audiences’ taste
She continued by reminding her musical 'Interview' in New York City with some regret and said, “I did not intend to make a scene that Joan was too sensual.” But she evaluated her work in New York positively because she recognized some other things too. It was her faith that her intensity was not to be shaken in any circumstances. She explained, “I think I should’ve intervened on my work in New York.” So, writers and composers need to intervene actively when a work goes oversea.

She also emphasized, “Even Bibimbap of Korea gets localized when exported. When a work goes overseas, it should be revised and localized for the local audiences as well.” She analyzed that every country’s emotion is different from each other. Chinese’s favorite genre is comedy, and that of Japanese is somewhat dark story. So she said, “The reason that 'Interview' was successful in Japan is because somewhat dark story of the work was fit in the Japanese’s emotion.”

Another emphasize of lecturer was the revision of stage according to the condition of local theater which extends to the localization. She said, “I always have played my works in the 200 seats size theater before, but I was shocked as soon as I saw 900 seats of theater in Kyoto, Japan. So I expanded the stage according to the size of theater so that the audiences seating on the way back side could watch performances. The revision of stage for the condition of local theater helps making the better circumstances so that the audiences concentrate on the stage.”