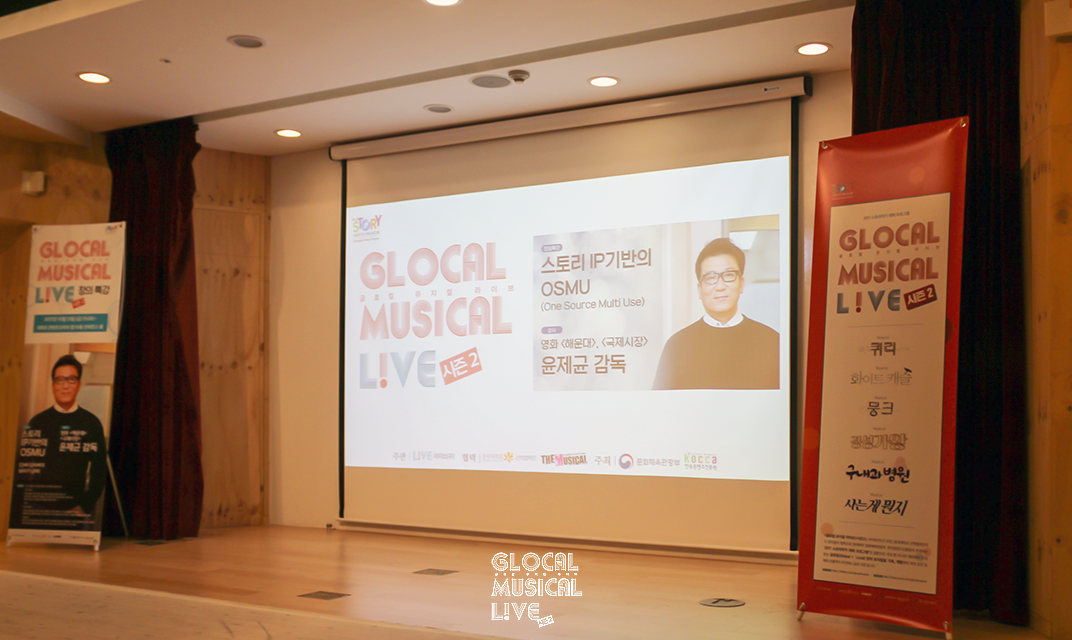 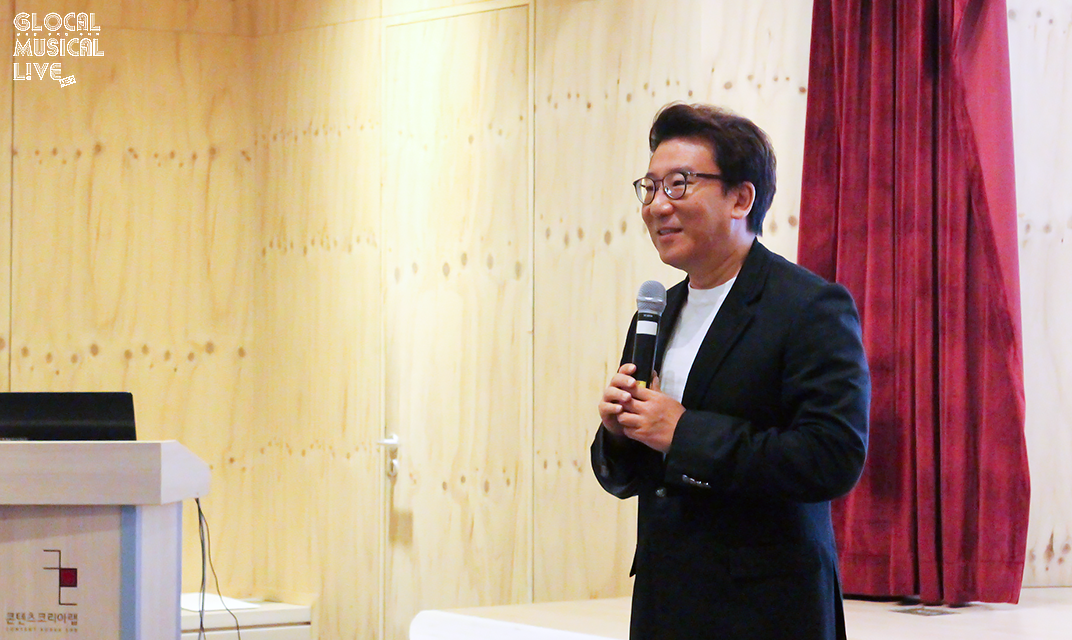 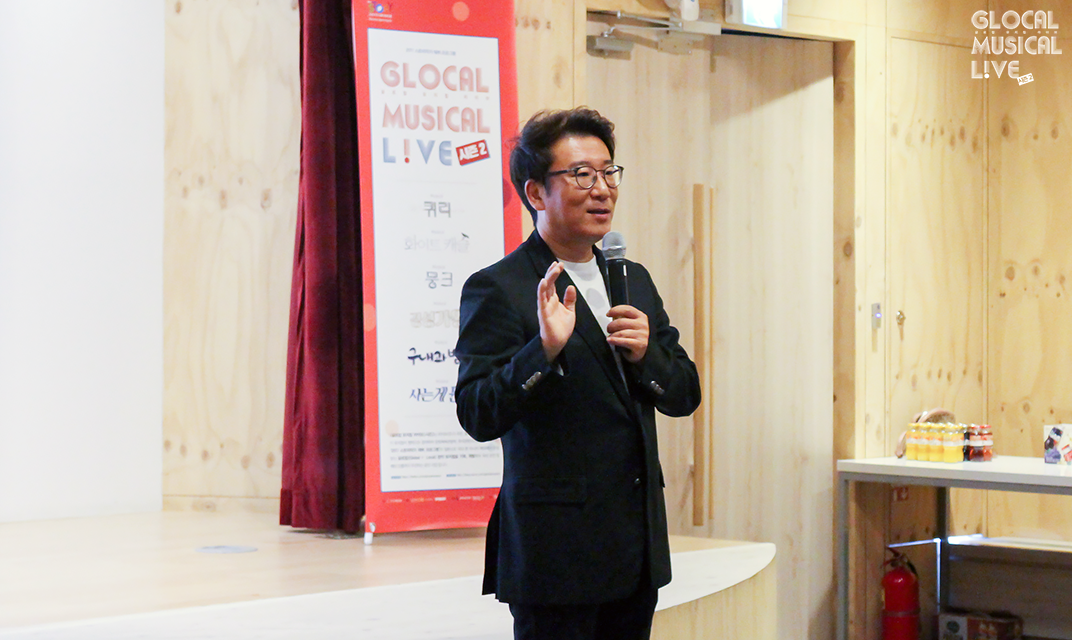 Yoon said that he has graduated from Economics major in college, and started as a normal salary man. The time that he realized that he had ability to make audience cry and be happy by his writing was right after he started working for LG strategy team with the first mission he got. His first mission was to write company newsletters inside each team. He did not want to write this kind of boring letters without fun, so he made those as scenario type with casting his teammates as characters.

His newsletter dragged his teammates’ attention. He said, “So many people were interested in my newsletters and appraised me for those, they made me think of myself that I am so talented to write. Once I start, I wanted to finish completely and well. That sort of characteristic made me find my unexpected talent.”

When he was dumped out from his company because of the period with IMF crisis, he was able to be directly connected with movie even if he forgot his talent by his over-work everyday. He decided to write a scenario to kill time until he goes back to the company again because he wanted to take his time with his talented writing. The result was the scenario which helped him to get the grand prize on the contest. Yoon said, “I wouldn’t be able to decide to write unless people were interested in my newsletters. This is the reason to recognizing one’s strength is the most important. One’s strength is better to be accurate when others evaluate than I do.”

His movie [DUSABUILCHE] which made him walk for his director’s way was the representational case of his sincerity. He promised to submit the scenario within a month after request when he worked as a salary man even after he went on the directing career. He said, “I wanted to show them more than they expected, so I slept only 3 or 4 hours a day during a month by both working and writing together. After finishing the first draft in 3 weeks, it was almost like 3rd draft because I revised again and again in the rest of time right before submission.” The person concerned at the film maker was fully satisfied with Yoon’s scenario of [DUSABUILCHE] more than he expected.

Yoon added, “Person concerned is apt to have more than a certain level of expectations on no matter what kind of mission. Writings, Makings, Planning, Directing, everything is applied same. If you show your ability more than 200 to the people who expect your 100, you will be able to catch both audiences and investors full attention to your effort. This is exactly why you should try your best.”

[DUSABUILCHE] was similar to this case. There was a student who entered for studying movie after paying off his gangster’s life when Yoon’s sister’s husband was working as a professor in department of theater and film. Yoon heard a lot of stories and episodes from him. Yoon made this [DUSABUILCHE] by moving a background from college to high school and adding some imagination. He said, “For getting the best item and story, you need to listen carefully and get the various experiences.” Even if it is not your own experience, indirect experience such as newspaper, books or internet can play their crucial role to develop item and story. Also he said, “I take advantage of my smart phone memo application, because I don’t want to miss any thought or experience no matter when I get. There are more than 100 memos inside my smart phone. It is as much important to memo not to forget as experience various things.”

Yoon continued his lecture with moving the subject onto the tips to compose scenario. The easiest way to compose is, so called, [Snowball Strategy] to select the item and develop gradually from 1 piece of A4 paper, 5-page Synopsis, 20-page treatment and so on. He advised, “The basic structure should be settled down firmly until the treatment level, but this way is easy to improve particular part which is weak and insufficient. You’d better start writing scenario after finishing the treatment.”

He also said, “Of course there is a hard time for me to write, but then you can skip it and solve the next problem just like an exam. You can never solve anything if you stick to one problem which is not solved at all. It is pretty much important for you to write a work just like writing a diary without sticking to the completeness of that work.”

A decent match starts in 40s.
The lecture was finished with mentioning Yoon’s own experience and cheering the students up. He said, “This moment might seem to be the hardest time in your life, but then soon that crisis continues to the chance for you. In my case, I didn’t have to be dumped up from my company unless there was like IMF financial crisis. And then I didn’t have any chance to write a scenario. Also I might not be able to grow up my attitude toward making films if I did not fail from time to time. Life is always a process of rising and falling up and down, so you don’t have to be depressed of your life even if you seem you are falling down right now.”

Yoon sees everyone’s life as his thought that the decent match starts in 40s. 30s age is the period to settle down for one’s 40s. He finished his lecture and said, “You don’t need to hurry up. I just hope that you recognize your strength and experience as many things as possible in your 30s.”